Sodium chloride, or salt, is found naturally in water.

As an essential element, salt is crucial for your health: it maintains optimum blood pressure levels and assists with nerve and muscle function.

But too much of anything is usually bad for you.

So, how do you remove salt from water?

That’s what I intend to explain in this article, but first, let’s discuss how salt can get into drinking water.

How Does Salt Get Into Drinking Water?

Sodium chloride is a naturally occurring element in seawater, surface water, and groundwater.

Surface water is just that: water that can be obtained from rivers, lakes, ponds, and the sea.

Groundwater is water that soaks into the soil and is held in aquifers (1): impenetrable layers of rock or sediment that enclose water deposits.

What Are Safe Levels of Sodium In Drinking Water?

Remember that sodium and sodium chloride is not the same thing (2): salt comprises sodium, which is a mineral, and chlorine, which is a chemical element.

When these two substances bond together, they form NaCl, or sodium chloride.

So when your doctor advises you to cut down on your salt intake, they actually mean you are taking too much sodium.

You know you’ve added too much salt to your food because you can taste it — it’s the chlorine that gives it that salty flavor.

There is no mandated level of sodium in drinking water in the U.S., but the recommended dose is between 20mg/L (milligrams per liter) and 270mg/L depending on your health status.

The Environmental Protection Agency (EPA) states (3) that we imbibe about 3,400mg of sodium daily from our food.

The recommended daily intake is about 1 teaspoon or less than 2,300mg.

What Are The Effects Of Sodium In Soft Water?

To soften water, minerals such as magnesium and calcium are removed, and small amounts of sodium are added, through a process called ion exchange.

Soft water will therefore contain higher levels of sodium, but this does not necessarily equate to unhealthy levels.

Showering or bathing in soft water is different from using hard water: the more dissolved soap there is, the more needs to be rinsed off.

It’s easy to use more soap or detergent than you need, as it lathers more easily in soft water, which then needs more rinsing.

How Do You Remove Sodium From Softened Water?

We have established that soft water has a higher sodium content than hard water.

Water that has been softened using the ion exchange process would have had sodium added.

If you prefer not to use softened water, there are ways to get rid of sodium:

Potassium chloride can be used instead of sodium to soften water. This is what I use… 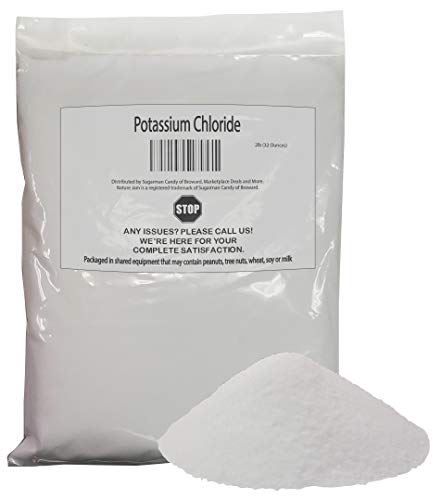 It uses the same process, i.e., it replaces hard minerals such as calcium and magnesium with potassium rather than sodium.

It is a more expensive solution as mining potassium chloride is costlier than mining sodium chloride.

Potassium chloride is also essential to the healthy growth of both plant and animal life, including humans.

Adding potassium chloride to water has been proven to remove up to 90% of the sodium present.

The most effective method of neutralizing salt content from water is reverse osmosis.

Reverse osmosis works by forcing water through a semipermeable membrane under high pressure.

The holes in the membrane allow the passage of hydrogen and oxygen, which water is composed of — H2O.

I have used and installed many RO systems over the years and the one I turn to most often is from SpringWell.

Most other molecules are too large to pass through the membrane, including sodium and chlorine which make up salt.

RO also removes up to 95% of other minerals such as magnesium, iron, lead, fluoride, copper, chlorine, and many others.

The process of Electrodialysis Reversal Salination (EDR) works by running an electrical current through conductors or electrodes.

This extracts the dissolved salts in water by straining them through an ion-exchange membrane.

Distillation entails boiling liquid that evaporates, turning it into a vapor.

This is passed through a series of pipes at low temperatures to cool it, condensing the vapor.

The vapor then reverts to water, called the distillate.

This is a good unit for home use: 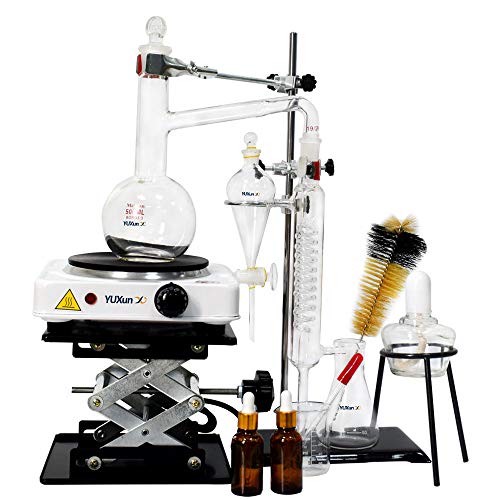 The salts and minerals which were in the water are left behind, purifying the distillate.

Other substances (4) besides water can be distilled, such as alcohol, paraffin, kerosene, and are also used in the production of gasoline.

Gases such as argon, oxygen, and nitrogen can be distilled from the air.

How Is Salt Removed From Sea Water?

We are unable to drink seawater as the salt levels are too high for our kidneys to process.

Freshwater is needed to dilute the excess salt and produce urine, which rids your body of waste.

The saline content of seawater is about 35 parts per thousand (5), making it impossible for us to digest.

If you drink undiluted seawater, you will die of dehydration as the salt draws water out of your cells via osmosis.

The process of removing salt from seawater is called desalination.

This entails removing salts and minerals from the water to produce pure drinking water.

It sounds simple, but it is expensive and complicated to convert huge volumes of seawater to potable water.

Reverse osmosis is usually used to treat seawater, but the resulting wastewater which contains concentrated amounts of salt can be toxic to ocean plants and animals when returned to its source.

Natural distillation is another way to purify salt water.

The heat from the sun causes water to evaporate from expanses of water with large surface areas such as lakes and streams.

The resulting water vapor combines with cooler air which forms dew or rain.

The salt residue that is left behind in pans can be recovered and processed for human consumption.

Salt pans can occur naturally or be man-made

Although the amount of heat required to boil saltwater is less than for freshwater, boiling water will not remove its salt content.

The salt needs to be extracted by other methods as discussed above to make it fit for human or animal consumption.

Boiling water will remove almost 100% of pathogens and contaminants present, but not the salt.

Water is becoming an increasingly limited commodity and we need to find economically viable ways of conserving our water resources.

Removing salt from existing bodies of water will be a way forward, but technology will have to be further developed to make this feasible on the massive scale that will be required.

For now, saltwater is best enjoyed at the seaside.

Patricia Miller has a background in product development and deep roots in the housewares and appliance industry. Writing about products and enhancing everyday life suits her analytical mind and penchant for technical writing. Patricia lives in Sedona, Arizona and when she’s not testing any products, she’s involved in making home improvements